Providing the missing link: As pioneers of building information modeling, we close the process chain that links a construction idea to its fabrication.

For years we have enabled projects of high complexity to take flight and have supported clients, architects, planners and fabricators in reaching new heights of efficiency, safety and quality.

Whether for a competition, a design or a realisation: Design-to-Production supports you with parametric planning, bringing your aspirations of form, function, and construction into harmony.

We create detailed 3D models in fabrication quality, enabling the spatial coordination of different trades, and we generate a reliable basis for the tendering and execution of complex architecture.

With the help of parametric CAD modelling, Design-to-Production initiates a safe and efficient route for you, from concept to machine - from design to production.

We provide 3D construction documentation and process the data required for CNC controlled fabrication, and we ensure that, in the end, all the components fit together perfectly.

More than a decade of practical experience in prefabricated timber construction and digital planning enable Design-to-Production to offer high quality consulting in all project phases.

Our services reach from project development (feasibility studies, detail and construction concepts, tender preparation etc.) to automatisation and digitalisation of planning and fabrication processes to the development of systematised and standardised products.

You can profit from our knowledge and experience, too! We will happily support you to create and execute your project within budget and time frame and in outstanding quality.

How would you like to work? Be inventive and redefine your digital tools! Increased productivity, improved quality control, establishing of new planning processes, more effective marketing – there are many good reasons for individual software by Design-to-Production!

Extensions and Plug-ins for CAD/CAM systems such as Rhino, Cadwork, RSTAB/RFEM and others. Web Apps as interfaces between different platforms and for managing data and attributes of any kind. Complete Windows Applications for calculation or dimensioning of your product: Our portfolio covers the complete digital planning process and speaks all common languages such as IFC, BTL, MPR, BVX, BVN, XML, Excel etc.

Take advantage of our unique experience in software development for digital planning and fabrication!

As an innovative company, Design-to-Production works with both universities and partners in industry on international research projects.

We are involved in specialist conferences, and take part in symposia and review committees. Furthermore we contribute our know-how to development projects, both as external consultants and as expert witnesses for the digital chain.

Design-to-Production was founded in 2007 by Fabian Scheurer and Arnold Walz. Together, the IT specialist and the architect soon realised that each of them was active, one at the beginning and one at the end, in the same digital process chain, but that, between these extremes, many links were missing. So they became the first to offer Production-oriented data modelling as an independent service. In 2009 Hanno Stehling joined the team.

The firm, based in a former textile factory in Erlenbach near Zürich as well as in Stuttgart, has enabled over 35 ground-breaking projects to date – cooperating with such renowned architects and architectural offices as SANAA, UN Studio, Zaha Hadid, Shigeru Ban, and Renzo Piano.

“We have realized numerous freeform wood projects in collaboration with D2P, each of which has featured perfect data processing for the Lamination and CNC timber framing of the highest quality. We’re looking forward to pursuing our next project with them!

“Design-to-Production achieves – with deep understanding – the transformation of a design, proceeding from a vision of what is technically feasible through to the CNC manufacture.”

“D2P brings architectural dreams into being.”

“D2P employs its digital chisel skillfully, straightforwardly and with a view to ensuring premium quality, all in the service of increasing efficiency and enhancing the possibilities of the production process.”

“Proactive, precise, partner-like in approach and professional through and through – that has been our experience when collaborating with D2P to bring our freeform projects to life.”

Katharina Lehmann, chairwomen of the board , Blumer-Lehmann AG 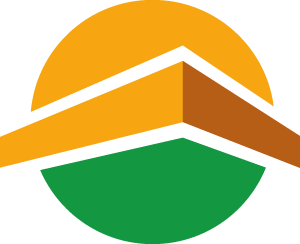 «What kind of drugs do you take? You're crazy!» 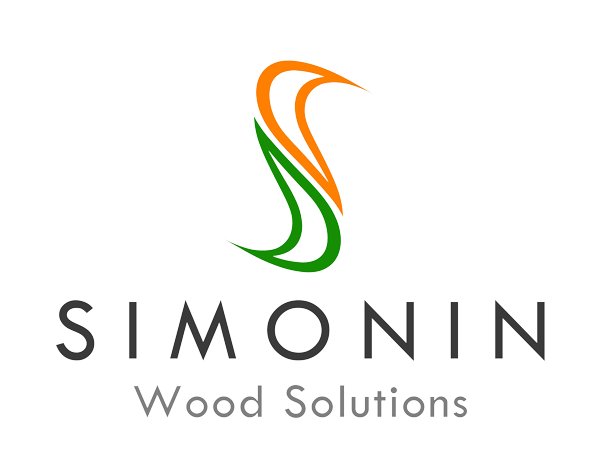 “Technically brilliant, personable during the development phase of a project and laser-focused when executing it. The support of D2P has been decisive in the success of our projects.”

A pioneering spirit seems to blow through our lakeside offices. Because, here at Design-to-Production, an interdisciplinary team of highly specialised technical consultants apply just the right amount of curiosity and passion to build quality, efficiency and safety into our digital planning processes. 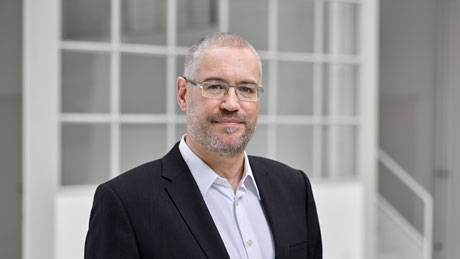 Fabian Scheurer studied informatics with subsidiary studies in architecture, and began his professional career as an assistant in the CAAD department at the Technical University in Munich. Appointments followed as a software engineer in Munich, as well as a consultant for new media in Zurich. He was a research assistant at the CAAD Chair at the ETH Zurich, where the idea to set up his own company evolved. Fabian Scheurer has been a managing partner at Design-to-Production since 2007, alongside which he has taught as a guest lecturer at the Architectural Association School of Architecture (AA, London), the Institute for Advanced Architecture of Catalunya (IAAC, Barcelona), and at the HTW Chur, amongst others. 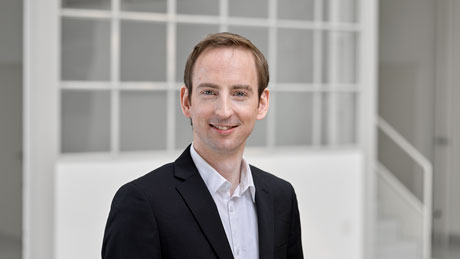 Hanno Stehling is partner and head of software development at Design-to-Production Zurich.

He graduated with a diploma in architecture from University of Kassel, Germany. He has a strong background in computer programming and gradually focused his studies onto the intersection between architecture and computer science, joining a research group about parametric design led by Prof. Manfred Grohmann of Bollinger + Grohmann and Oliver Tessmann (now Professor for Digital Design at TU Darmstadt). After graduating, he worked as a freelance programmer and as computational designer for renowned architects like Bernhard Franken before joining Design-to-Production in 2009. 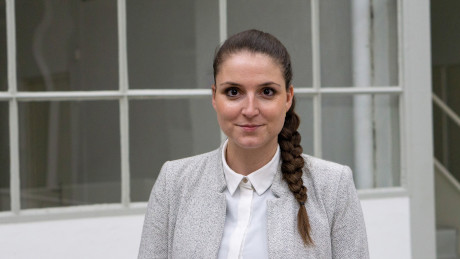 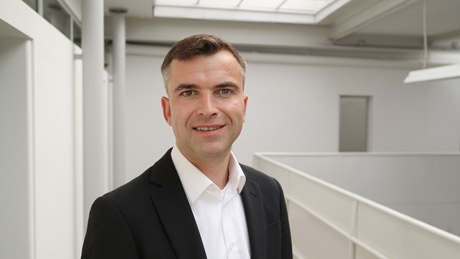 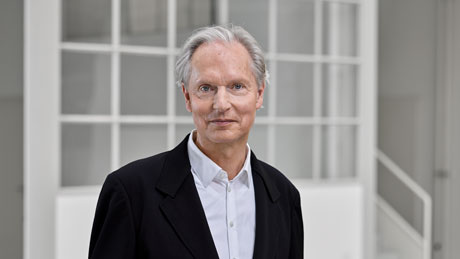 Arnold Walz studied architecture and urban planning at the University of Stuttgart, specialising in lightweight construction and planning theory.  Even while still studying, he worked on projects with tricky geometries such as the Olympic Stadium in Montreal or the reconstruction of Gaudi's suspended model for the Colònia Güell Church. He developed scripts to generate and optimise complex building geometries, applying own his approach, namely that these complex geometries should not be drawn but rather be "written", to his work on ambitious designs by notable architects such as Norman Foster or Herzog & de Meuron. Arnold Walz runs Design-to-Production’s Stuttgart office. 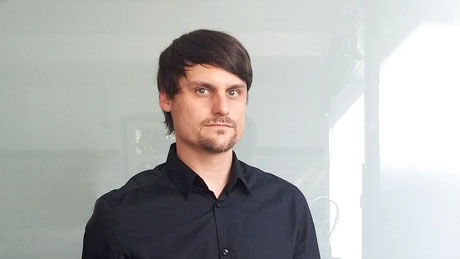 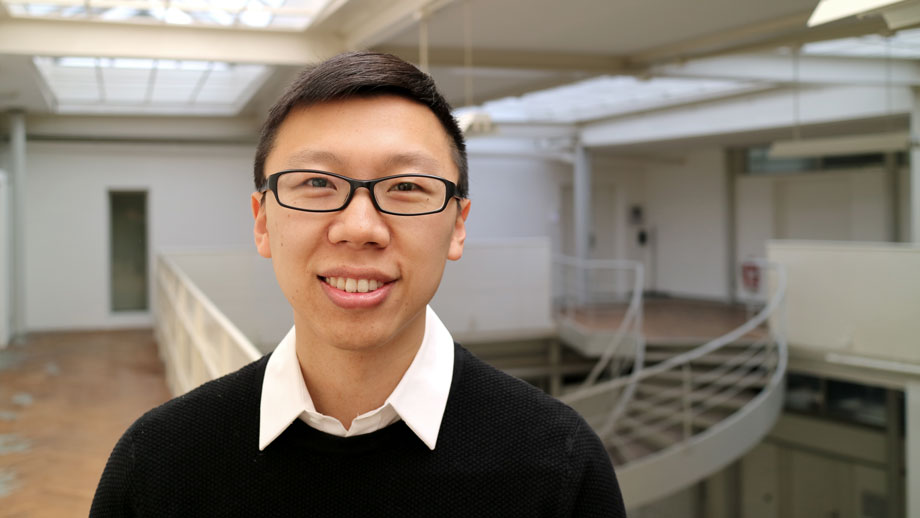 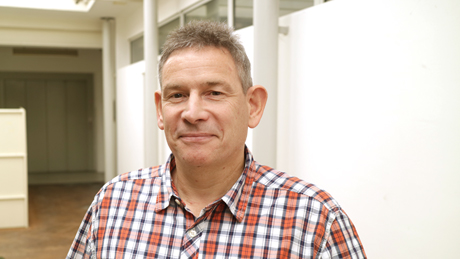 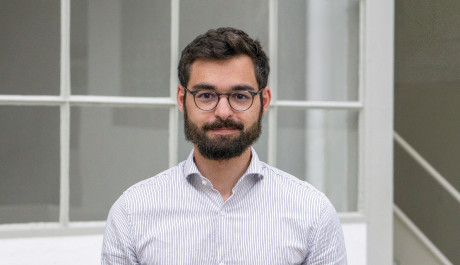 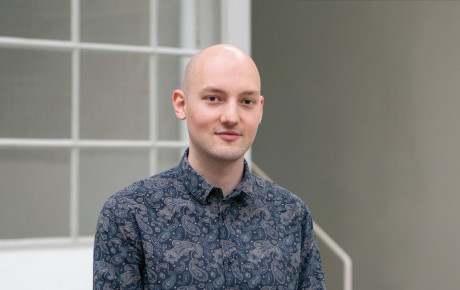 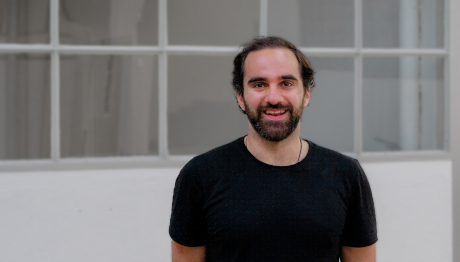 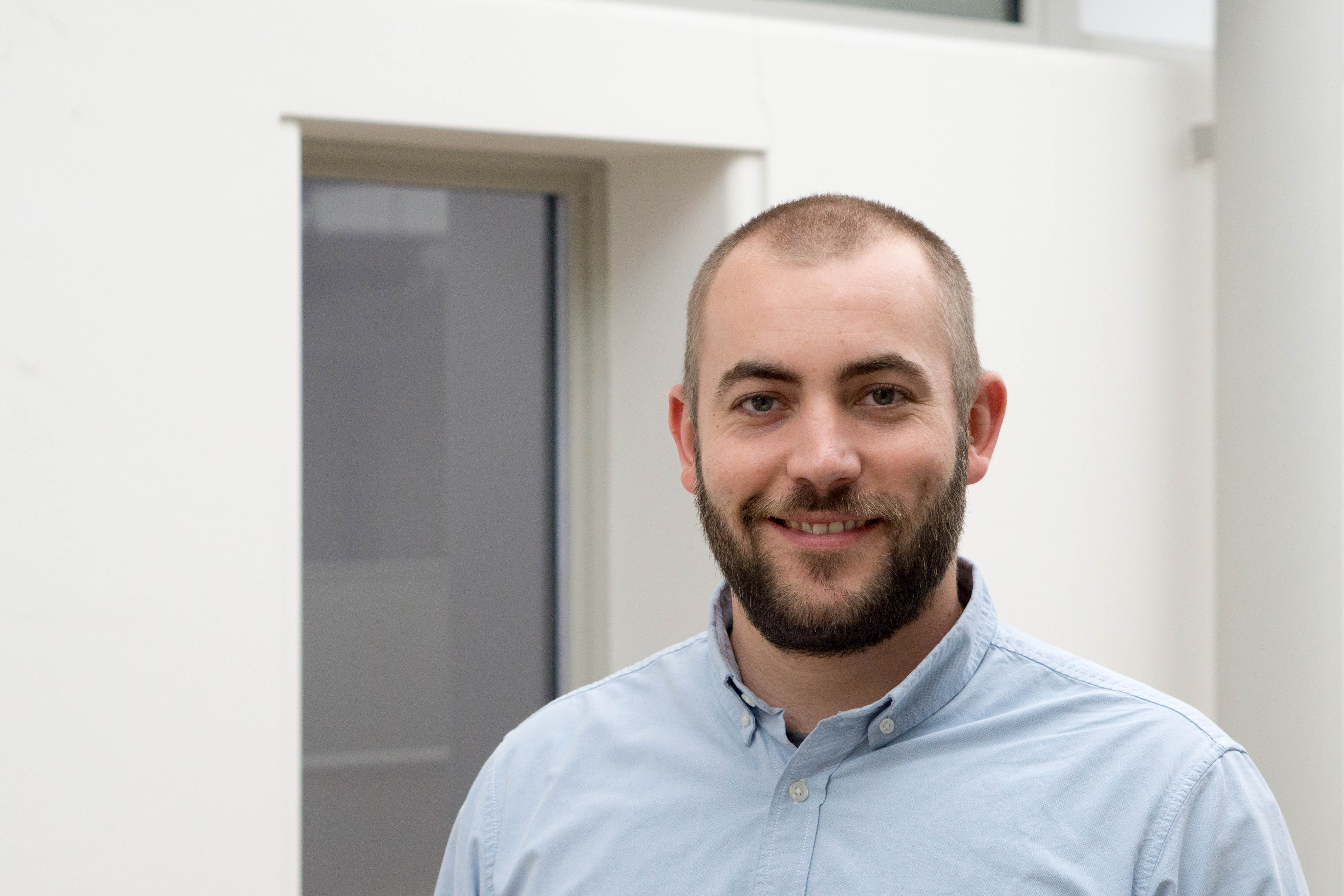 Design-to-Production is applied innovation. That’s why we are always on the look out for great minds: people who combine engineering knowledge with creativity, and who understand how to tread the fine line between architecture and computing.

Please send your application to:

Knowledge can only bear fruit when shared. In order to pass on our know-how, we regularly publish in current journals. Get your own overview of our work and our research.

We are on deck!

Dear Clients & Partners,
WE ARE ON DECK: You can reach us during usual office hours on all the familiar channels!

We, too, are affected and concerned by the actual outbreak of the Corona Virus. We have stopped all traveling, cancelled conferences and got our kids home from school. But because Design-to-Production has always been digital and agile, we're also able to mutate a little and now work wherever we are. This means: we're at your service - virtual and mainly from our home-offices. You can reach us as usual on working days from 9am to 5pm via the known phone numbers and mail addresses.

After developing software inhouse for 12 years, we decided to give some of it away! To please developers and the general public alike, you can find two of our tools on Food4Rhino – and there is more to come!

Have you ever wanted to view only a specific part of your model? Rhino has a Clipping Plane, but what if this is not enough? Clipping Box allows to draw a box and clip the model along its bounds.

It is no secret that Rhino’s internal Python Editor is less powerful than the mighty RhinoCommon API. What if you could use Visual Studio Code and still run your Python code in a Rhino instance? Code Listener opens a link between Visual Studio Code and Rhino to bring you the best of both worlds: A powerful IDE and direct code execution in the world’s best NURBS modeler!

Interested in individual software for your enterprise? More information 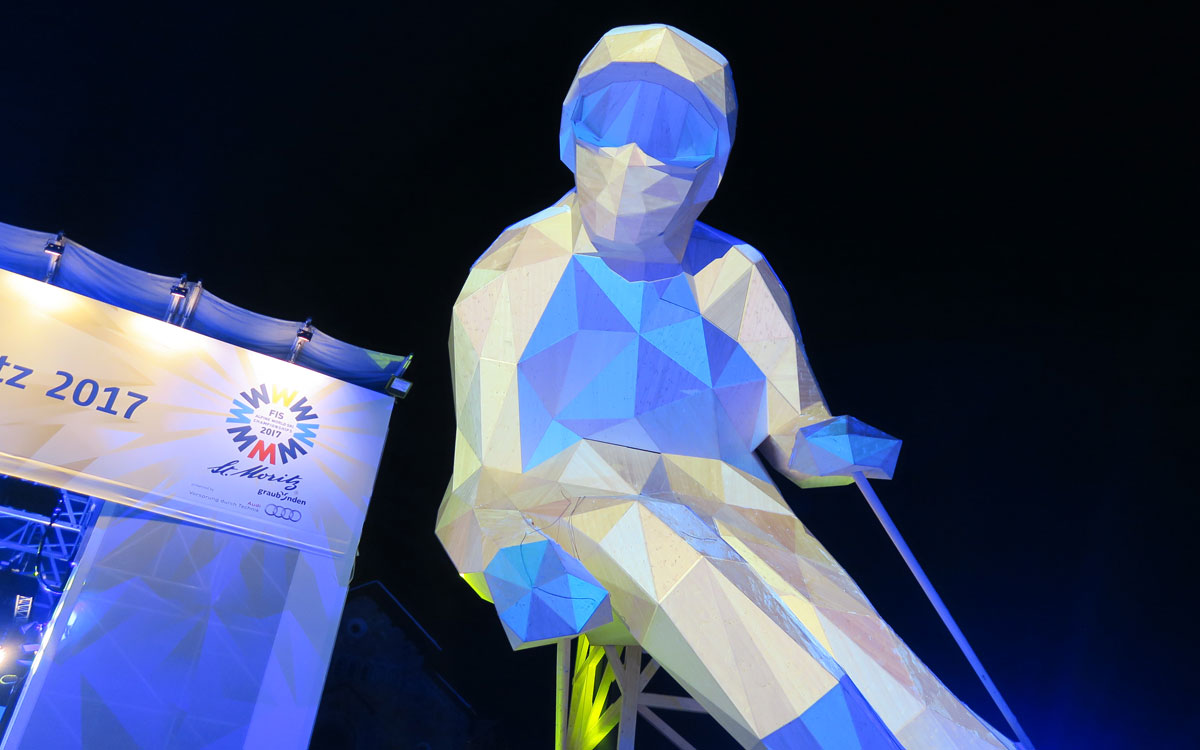 For the Ski-World Championship 2017 a 19 meter high, accessible skier is standing in the centre of St.Moritz. The built wooden sculpture is designed by aroma from Zurich and based on Edy Reinhalter, a swiss skiing legend. At the Opening ceremony last Monday, the wooden skier was the centre of attention.
Lit by projection mapping in the colours of St.Moritz and as a stage for a climbing show,
Edy was the main actor at the opening of the Championship.

Design-to-Production created a digital 3D-model in production quality and delivered data for CNC-fabrication of all 637 individual panels and their nearly 1000 connections just seven weeks after the first project meeting in October 2016. Due to the tight schedule, a main focus was to quickly develop parametric details in close collaboration with the engineers, which can be precisely pre-fabricated and are easy to assemble. By generating assembly instructions directly from the 3D-model and attaching them to every single panel it is ensured that the skier can be erected in just three weeks - in time for the opening ceremony.

This website uses Cookies (small text files saved in your browser) to simplify communication between the web server and your browser. These cookies contain technical information (no personal data) and are being deleted after your visit. Usage of this website is also possible with browsers that do not accept Cookies.

Our provider Netzone logs page accesses with date and time, IP address and information about browser and operating system. This is a very common procedure and serves error diagnostics should something go wrong. Further than that, this data is not being evaluated.

For display of the contact map, this website embeds the service Google Maps. No personal data is being transmitted.

This website offers possibilities to share articles in social networks (Facebook, Twitter, Google Plus, LinkedIn). When using one of these possibilities, personal data is being transmitted to the respective network. As long as you do not use such a link, the networks are not being contacted.

You will be redirected to the news site.
In case you are not forwarded automatically, please click this Link
Loading…